In 2017, the PETA Science Consortium International awarded four VITROCELL in vitro exposure systems to researchers from institutions in the UK, US, and Belgium who are leading the development of non-animal methods to test the toxicity of airborne substances.

VITROCELL offers a variety of devices that allow cultured cells to be exposed to substances (e.g. cigarette smoke, nanomaterials, and other chemicals) at the air-liquid interface, mimicking realistic human exposure.

The VITROCELL exposure systems were donated to the following laboratories working to reduce and replace the use of animals in inhalation testing:

In 2019, following a resounding need for IIVS to expand its capabilities, the PETA Science Consortium International donated another device that can be used to meet the needs of the personal care industry, and partnered with tobacco companies to donate equipment that would allow IIVS to expand their testing of tobacco products.

These awards and donations complement the Consortium’s ongoing efforts to replace animal use in inhalation testing, including various workshops and webinars. 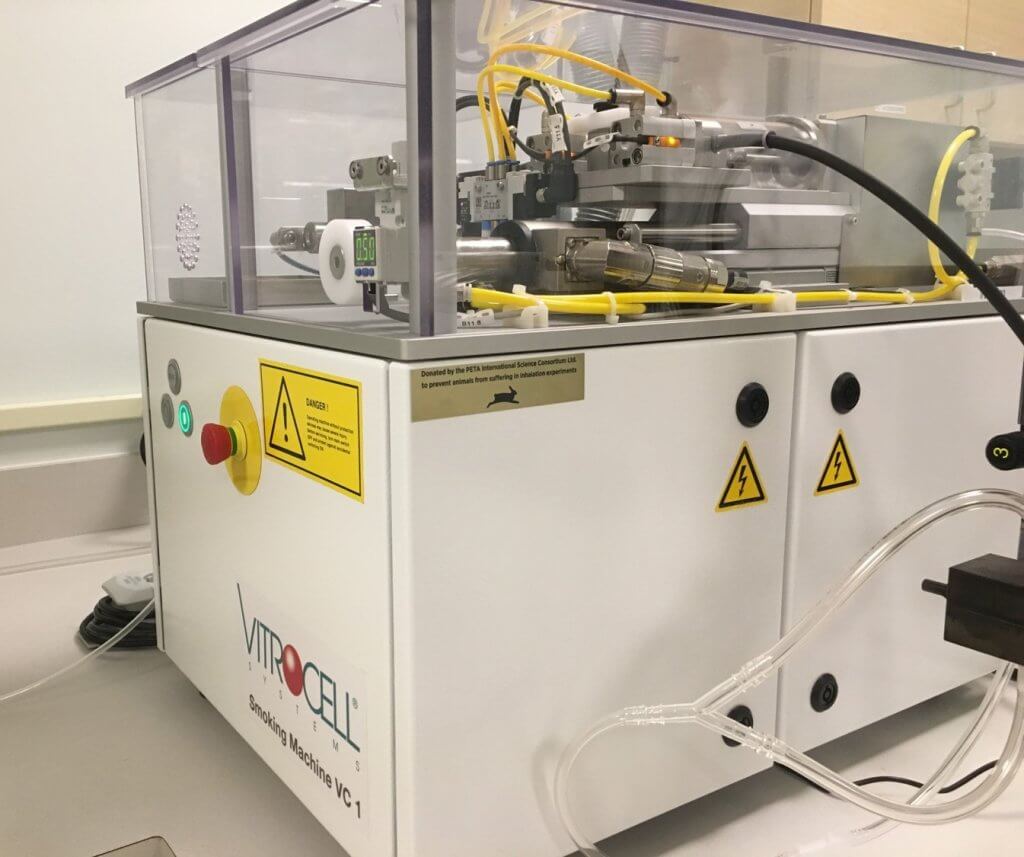