Working with the organisers of the AOP Wiki, in 2015 and 2016, the PETA Science Consortium International held a data challenge to encourage new contributors to add content to the AOP Wiki using available data.

With the advent of emerging technologies and the adoption of a new vision for the science of toxicity testing, modern toxicology is moving away from the animal tests scientists have traditionally relied upon to identify chemical hazards. Tests using animals are often considered to be “black box” studies that determine whether a chemical is toxic to animals, but they do not necessarily reveal the mechanism by which the substance caused toxicity or whether it would cause similar toxicity in humans. In recent years, however, non-animal testing strategies have been developed that are geared towards probing the specific mechanism of chemical toxicity. These testing strategies can be based on Adverse Outcome Pathways (AOPs), which are a conceptual framework describing a sequential chain of causally linked events at different levels of biological organisation that lead to an adverse health or ecotoxicological effect.

As part of a collaborative effort between the European Commission’s Joint Research Centre, the US Environmental Protection Agency, and the Organisation for Economic Co-operation and Development, an AOP Wiki has been created to provide an interactive and virtual platform for AOP development and to promote international consensus on the developed AOPs.

By the end of the data challenge, award winners had made hundreds of updates to the AOP Wiki. The Consortium presented awards to:
• A team of researchers at Selventa, Inc., British American Tobacco (BAT), and Philip Morris International (PMI)
***Selventa, PMI, and BAT generously donated their cash award back to the Consortium to support ongoing AOP activities
• Dr. Jeanelle Martinez at the University of Cincinnati
• Dr. Molly Morgan and Dr. Brian Johnson at the University of Wisconsin-Madison 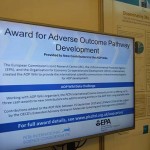 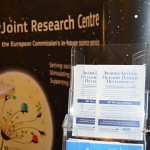 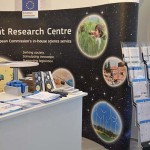 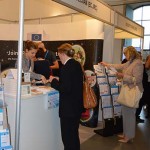 Launch of the AOP Award at the European Commission’s Joint Research Centre (JRC) booth at the 51st annual EUROTOX Congress held in Porto, Portugal on 13-16 September, 2015.