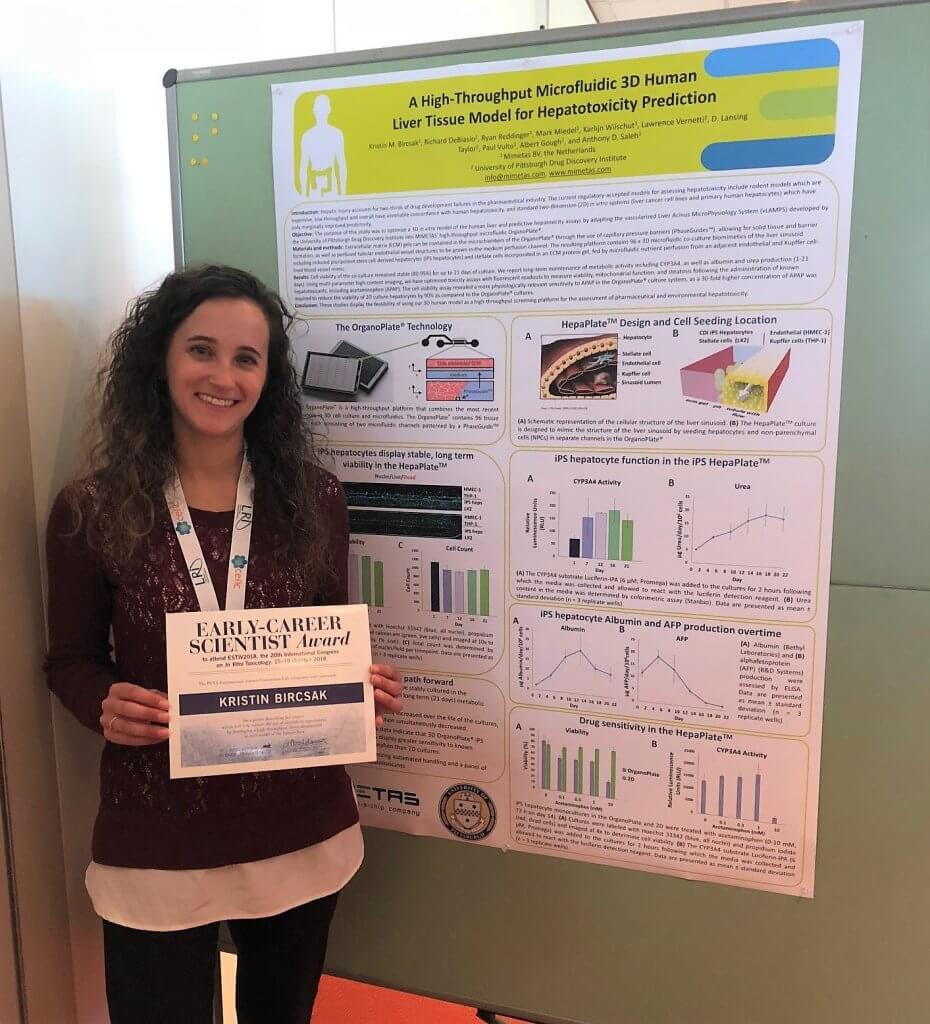 Kristin Bircsak, a toxicology scientist who works for the organ-on-a-chip company, MIMETAS, won the Consortium’s funding award to attend the 20th International Congress on In Vitro Toxicology (ESTIV2018). The conference, which was held from 15 to 18 October 2018 in Berlin, included lectures by experts in the field of in vitro toxicology and gave early-career researchers such as Bircsak the opportunity to present their work and collaborate with like-minded scientists. The award covered the cost of conference registration as well as a contribution towards travel and accommodation expenses.

Bircsak, who recently made the transition into the in vitro field, is working at MIMETAS, in collaboration with the University of Pittsburgh, to develop a high-throughput 3-dimensional in vitro model of the human liver. Liver injury is one of the most common unforeseen adverse effects in human drug development. Her human-relevant model is intended to replace the use of rats in liver toxicity tests.